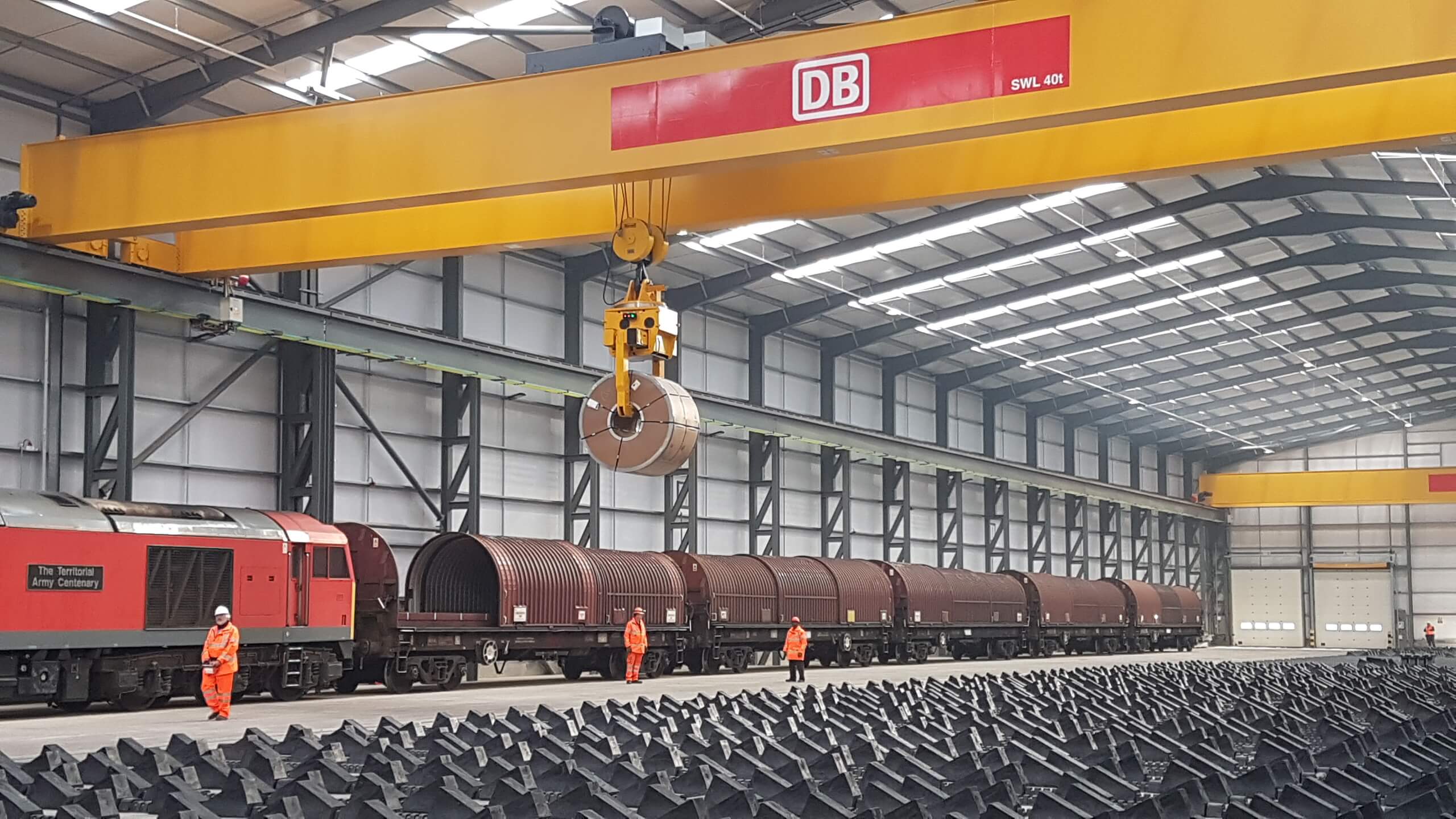 UK manufacturing will be given a major boost today with the opening of a Brexit-busting new £6m steel logistics centre in the West Midlands.

Over the past 12 months the German-owned freight operator, DB Cargo UK, has more than doubled the size of its existing facility in Knowles Road, Wolverhampton, which receives imported steel from as far afield as Holland and Sweden.

The £6m project is one of the largest investments in rail freight in the past five years and is seen as a major vote of confidence in the UK’s continuing ability to trade and attract inward investment post-Brexit.

William Saunders acted as Project Manager for the project and were initial designers up to planning stage.