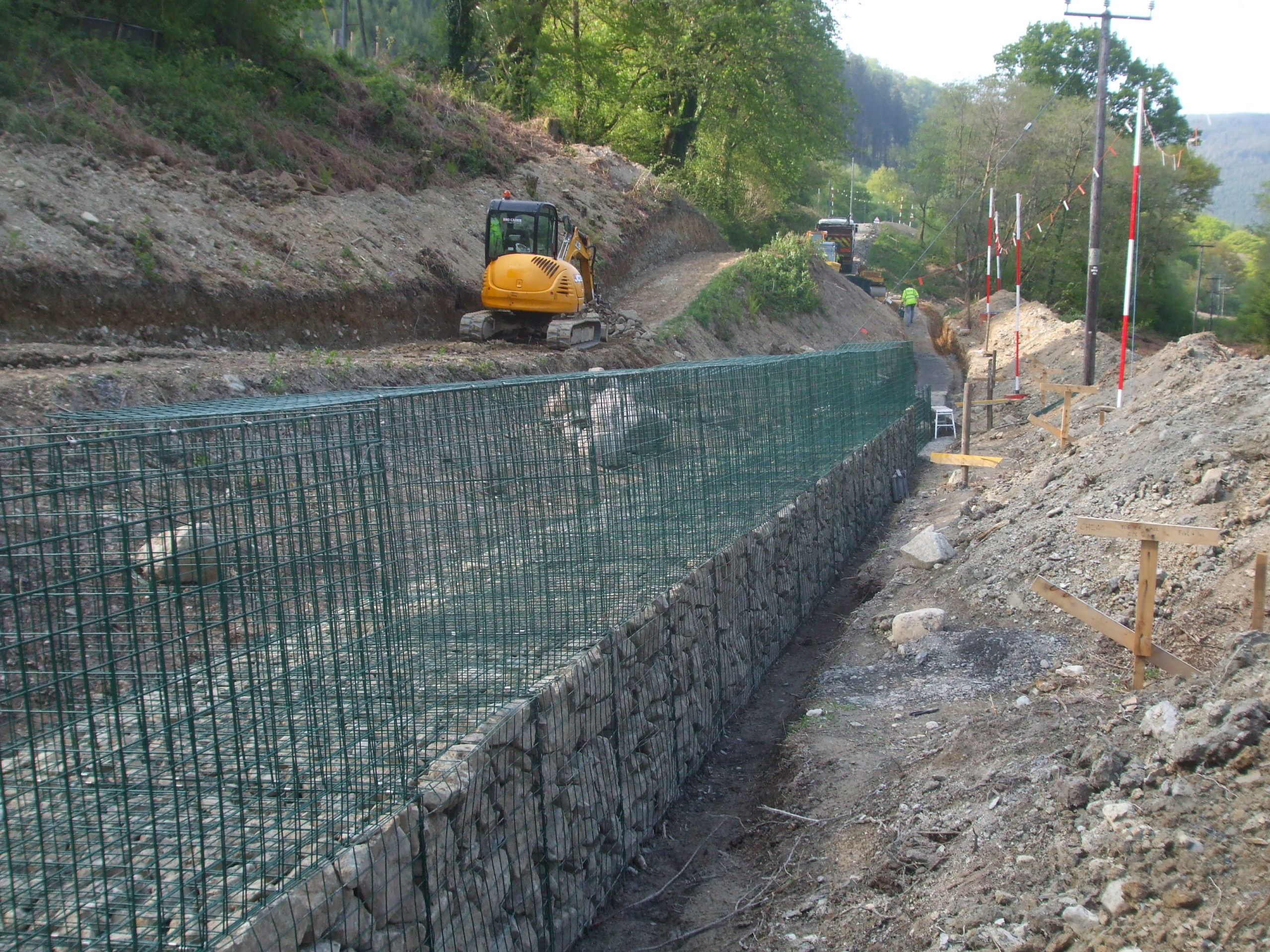 The Corris Railway was a narrow gauge railway which connected the town of Machynlleth to slate quarries in and around the village of Corris in the Dulas valley, in mid-Wales.  After it closed in 1948 a number of its assets, including locomotives, were bought by the neighbouring Talyllyn Railway, the first preserved railway in the world, and after enabling that railway to survive, are still in operation today.

The Corris Railway however was not forgotten and has been steadily rebuilt since the 1960’s, starting to run passenger trains again in 2003.

Over the 70 years since closure, road improvements in the valley have extended over more and more of the original trackbed, such that to extend the railway extensive civil engineering works are needed.  The latest phase of these is now well under way, being a major earthworks project to extend the valley sides to create a further 200 m of track bed alongside the trunk road.  This will be followed by extending a box culvert to continue the new track bed over the River Goedwig to rejoin a length of the original formation which the road has not affected.  This will extend the railway by over 500 m, on an average gradient of around 1 in 35, which will make the locomotives work hard!

William Saunders have had a hand in this project for over 15 years, supporting the Corris Railway Society in working with their designers and contractors to develop solutions that meet technical requirements and are suitably economical to suit the finances of an entirely volunteer-run organisation, and are delighted to see the fruits of everyone’s labours taking shape on the ground.