The Flying Duck is a Grade 2 listed building built in 1709 and is one of Ilkley’s oldest commercial buildings. Originally built as a “dwelling house” it has had many different uses over the years including a coal merchants, shoemakers, sweetshop, dairy and latterly a restaurant and public house.

The latest alterations took place after a group of Ilkley business men formed a consortium to refurbish the dilapidated building and to extend it to become the town’s first micro-brewery and brew-pub.

William Saunders were appointed as architects and interior designers and came up with a proposal to create the micro brewery in an existing stone barn at the back of the very tight town centre site. The remaining limited space on the site was just large enough to build an extension to provide a beer store and customer toilets. There is an external deck terrace at first floor providing an outside terrace with views into the micro-brewery and across to the parish church 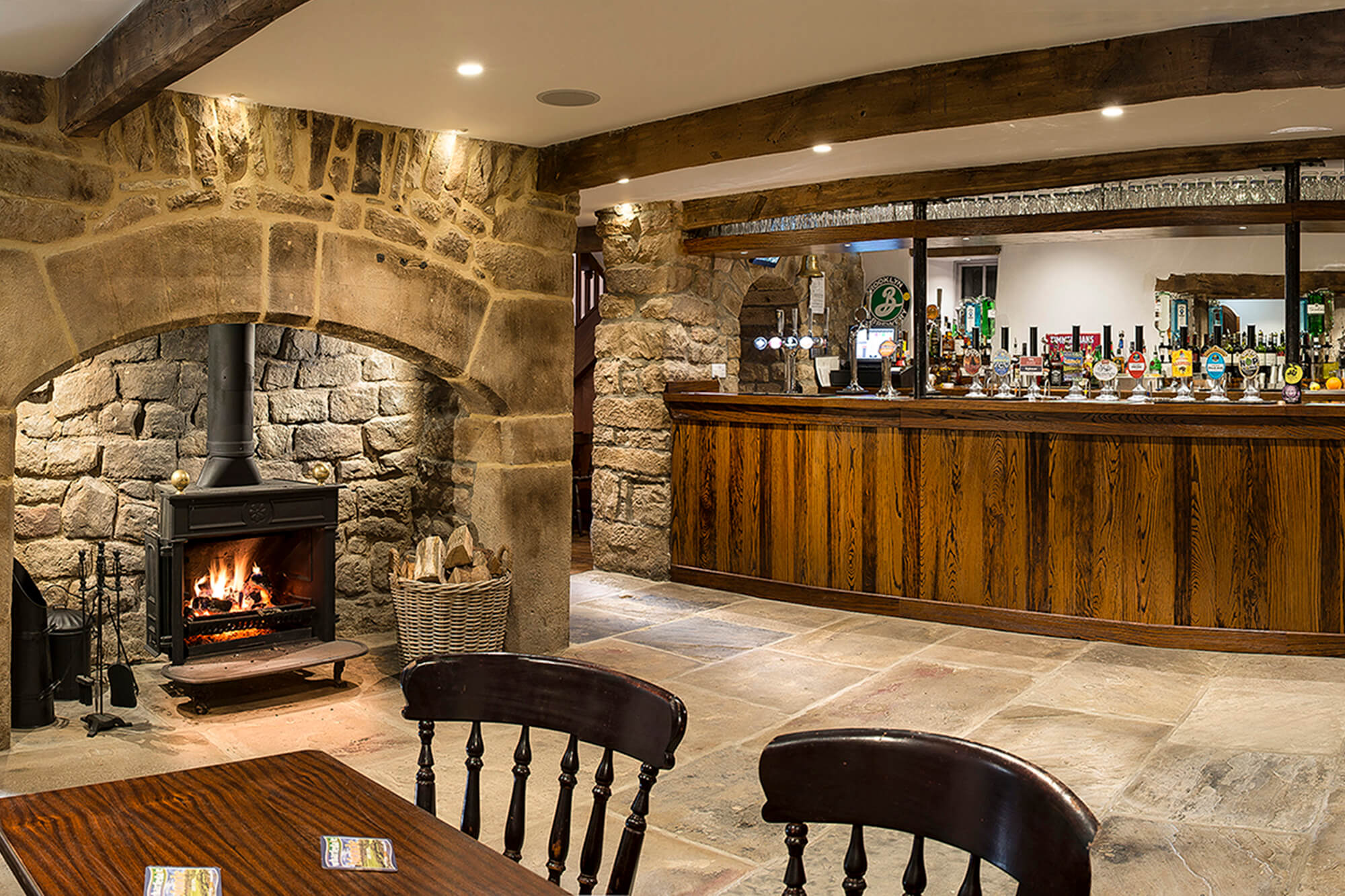 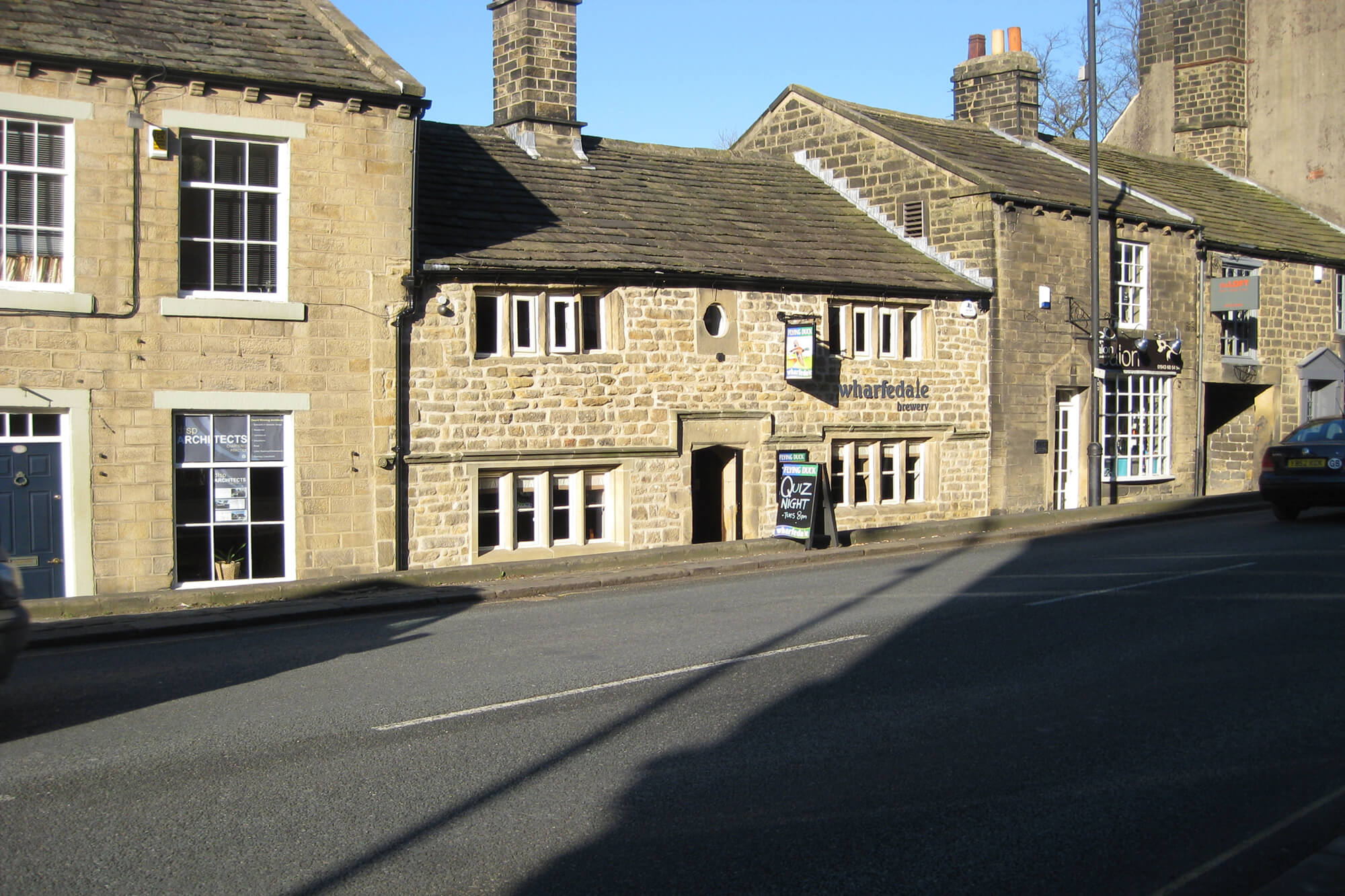 Externally the original Church Street elevation was repointed with lime mortar, an original circular stone window was reinstated and earlier signage “clutter” removed. Internally the 1950’s “Tudor” style faux ceilings were removed to reveal the original oak joists and the two ground floor rooms were gently grit blasted to take the 18th Century stone walls, and oak beams back to something approaching their earlier condition. A reclaimed York stone flagged floor was laid in front of the open stone fireplace.

At first floor two upper rooms were refurbished to remove post war wall panelling and decorations and a new way through to the deck terrace was formed. 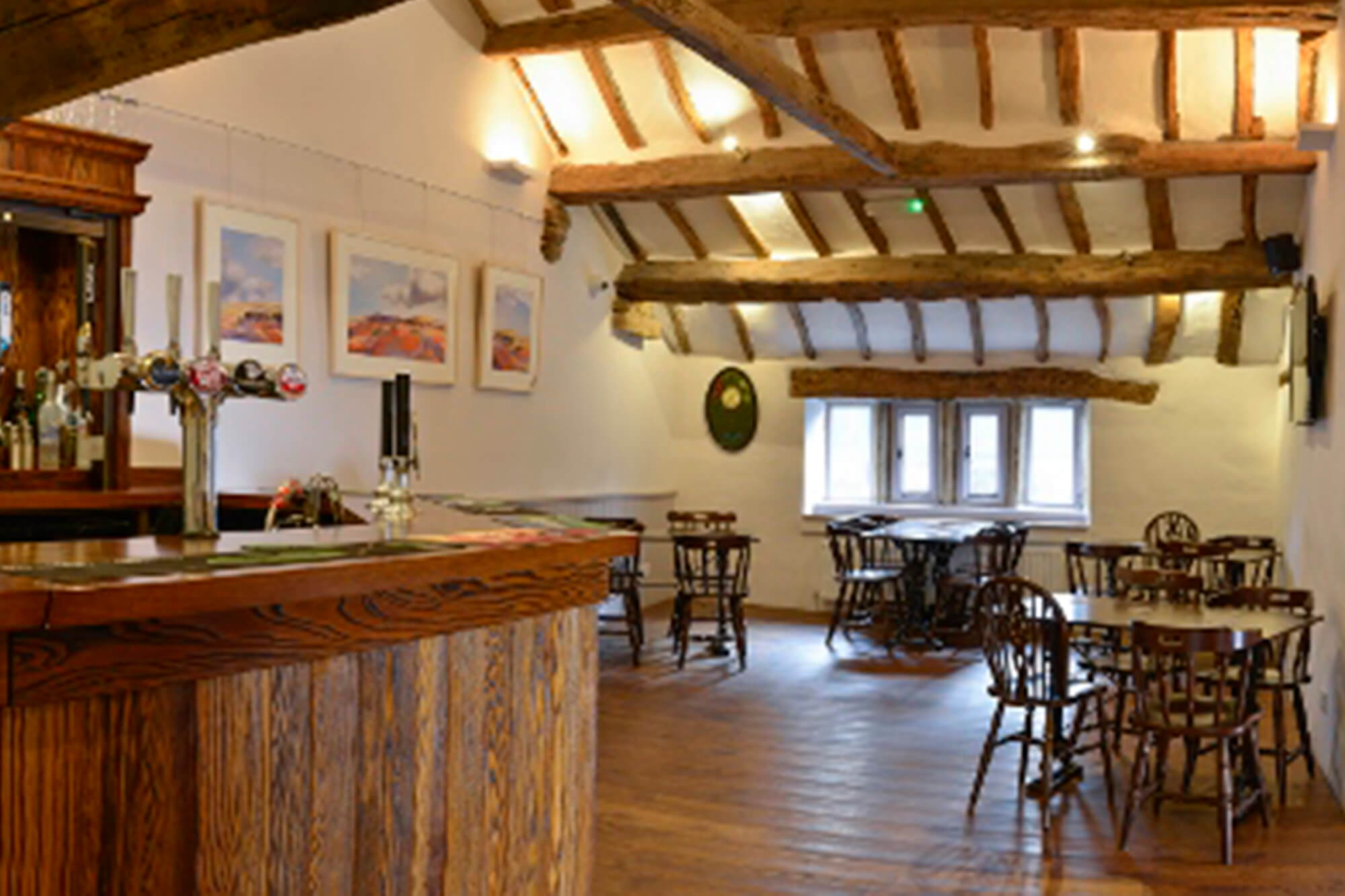 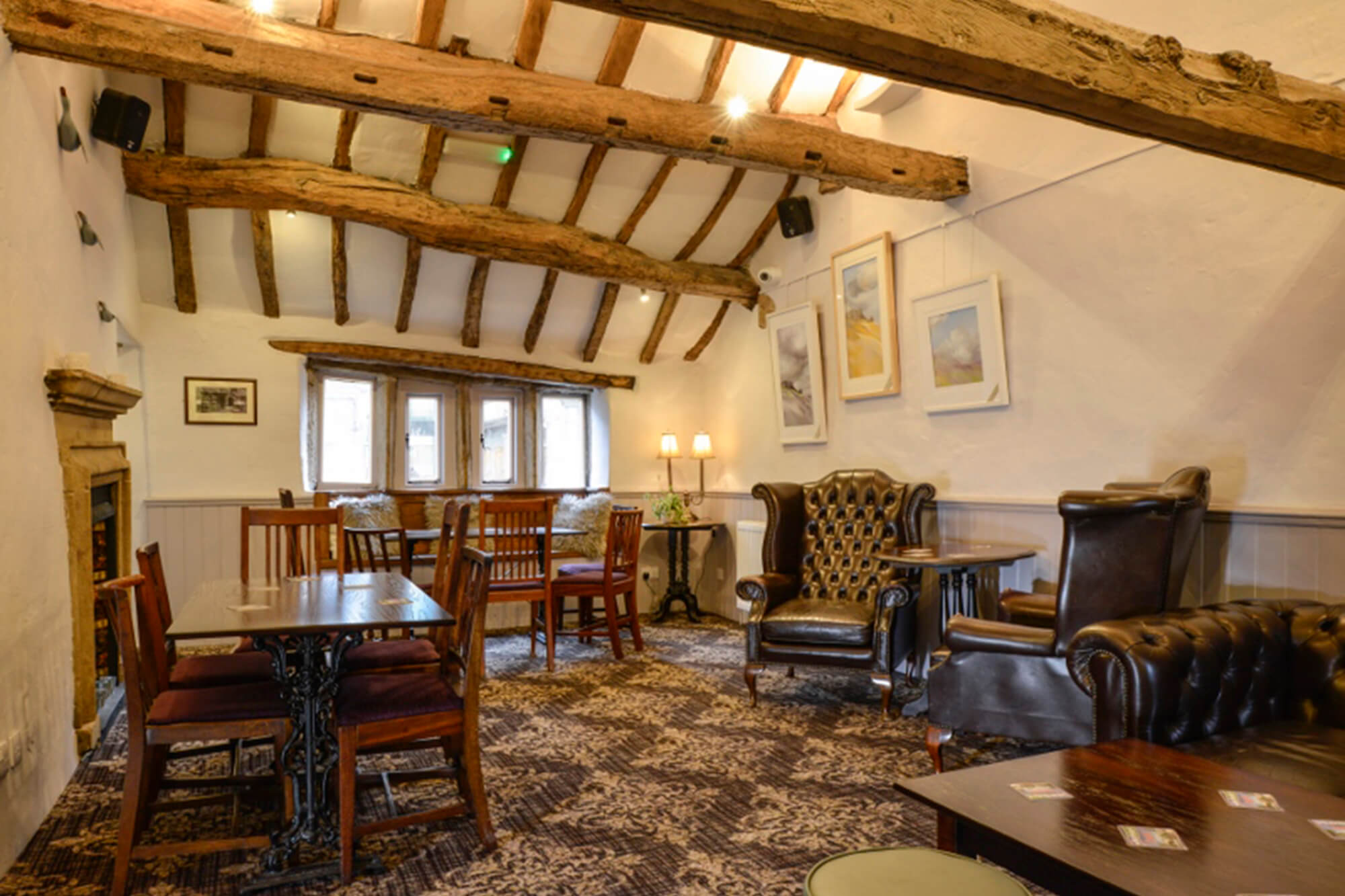 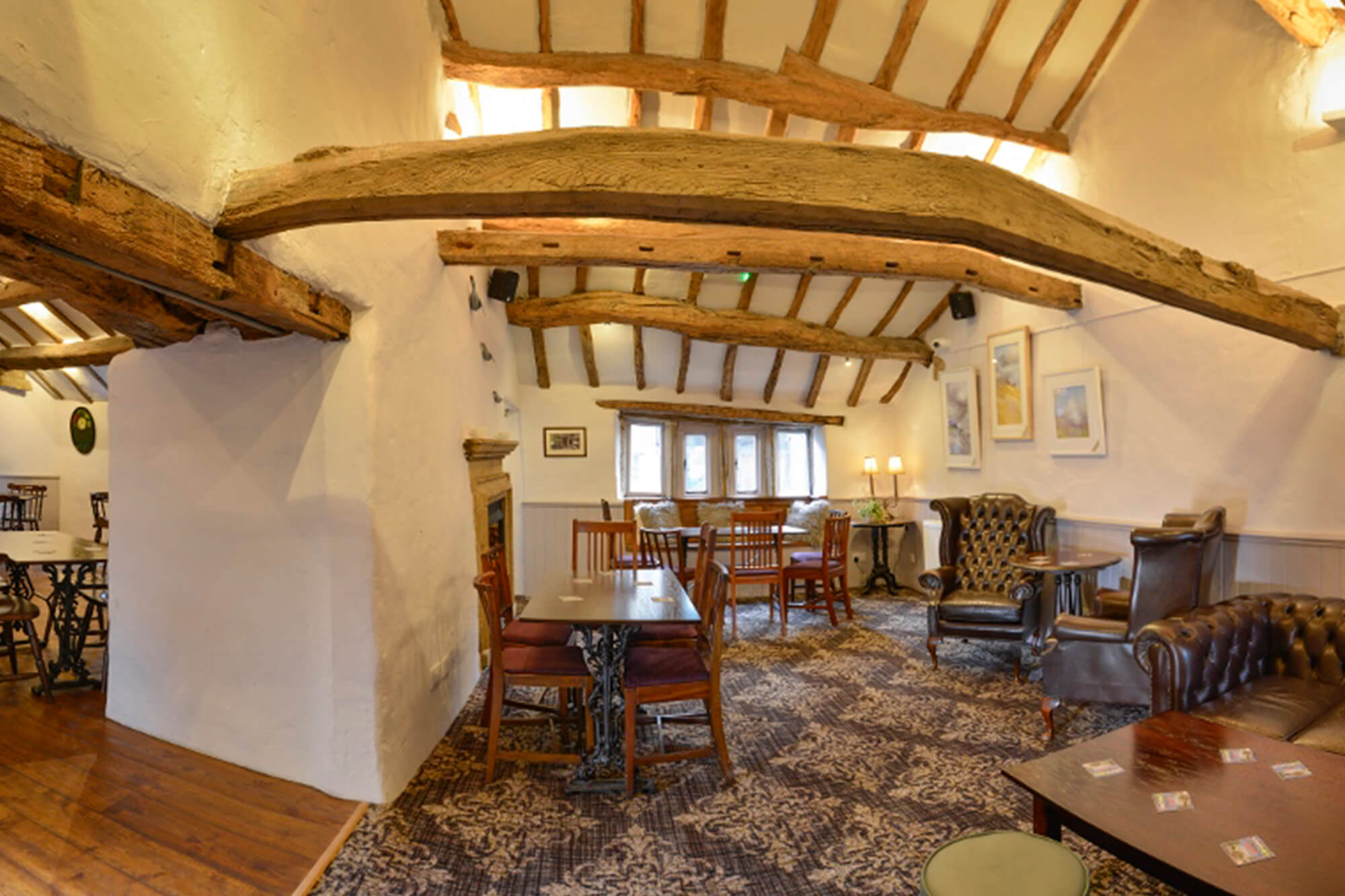