William Saunders were appointed as Project Managers for the replacement of the All Saints Church of England School in Bradford.

This £4.3 million scheme was commissioned by the City of Bradford MDC and the brief called for an exemplary two form entry Primary School, Nursery and Community Facilities.

Under the direction of our Project Manager, the design team produced a building that met the highest modern standards on accessibility and safety, while providing a colourful, welcoming place to learn, with bright, airy classrooms. It featured technologies such as natural ventilation which, through the monitoring of indoor and outdoor temperatures, controls some 120 electric motors that automatically opens and closes windows as appropriate throughout the day and night, winter and summer.

The school accommodates two halls, a roof top garden area, two storey atrium, a circular administration block and is curved on plan to preserve the many mature trees in the reclaimed urban site.

On completion of the building our commission included the organisation of the move from the old school to the new building during a half term shut down. 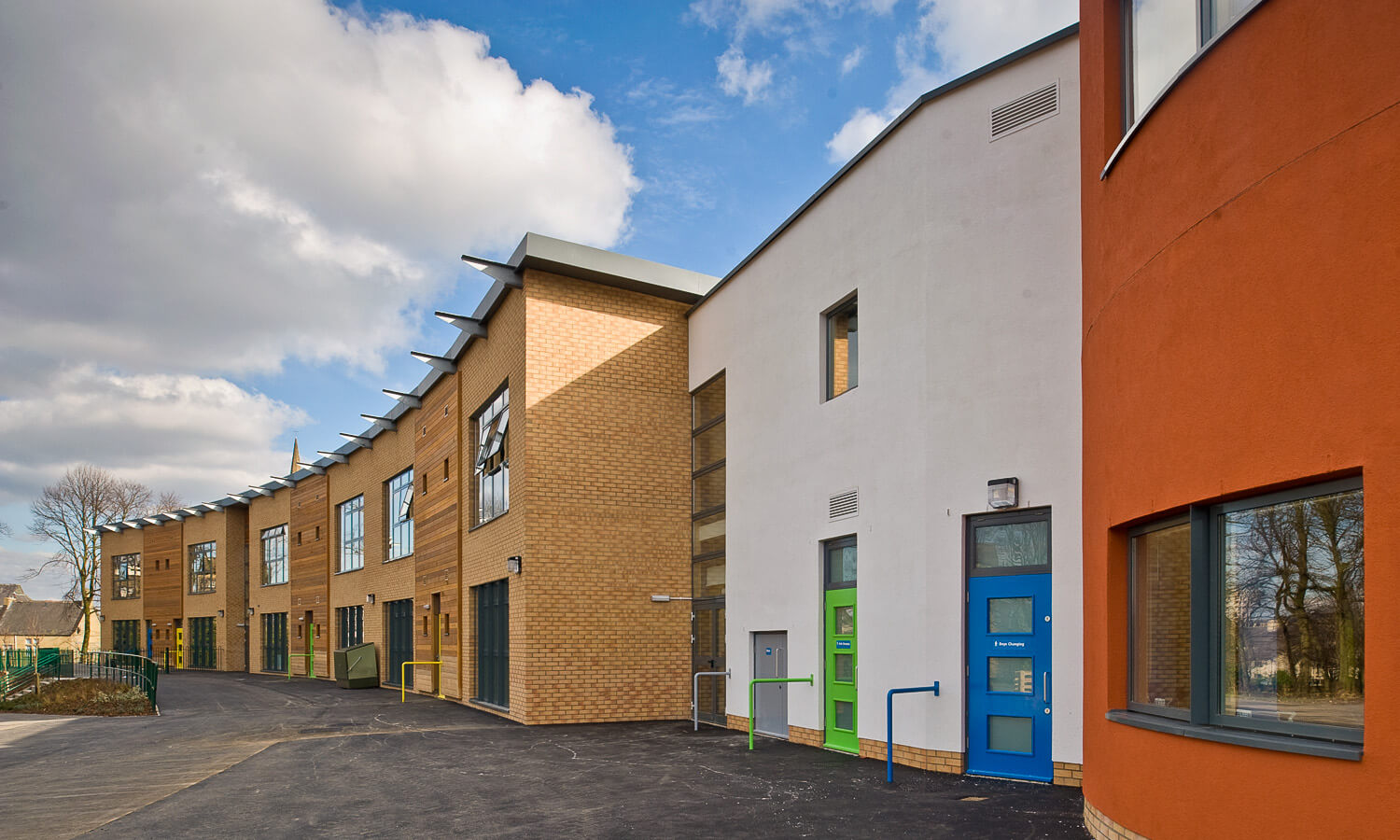 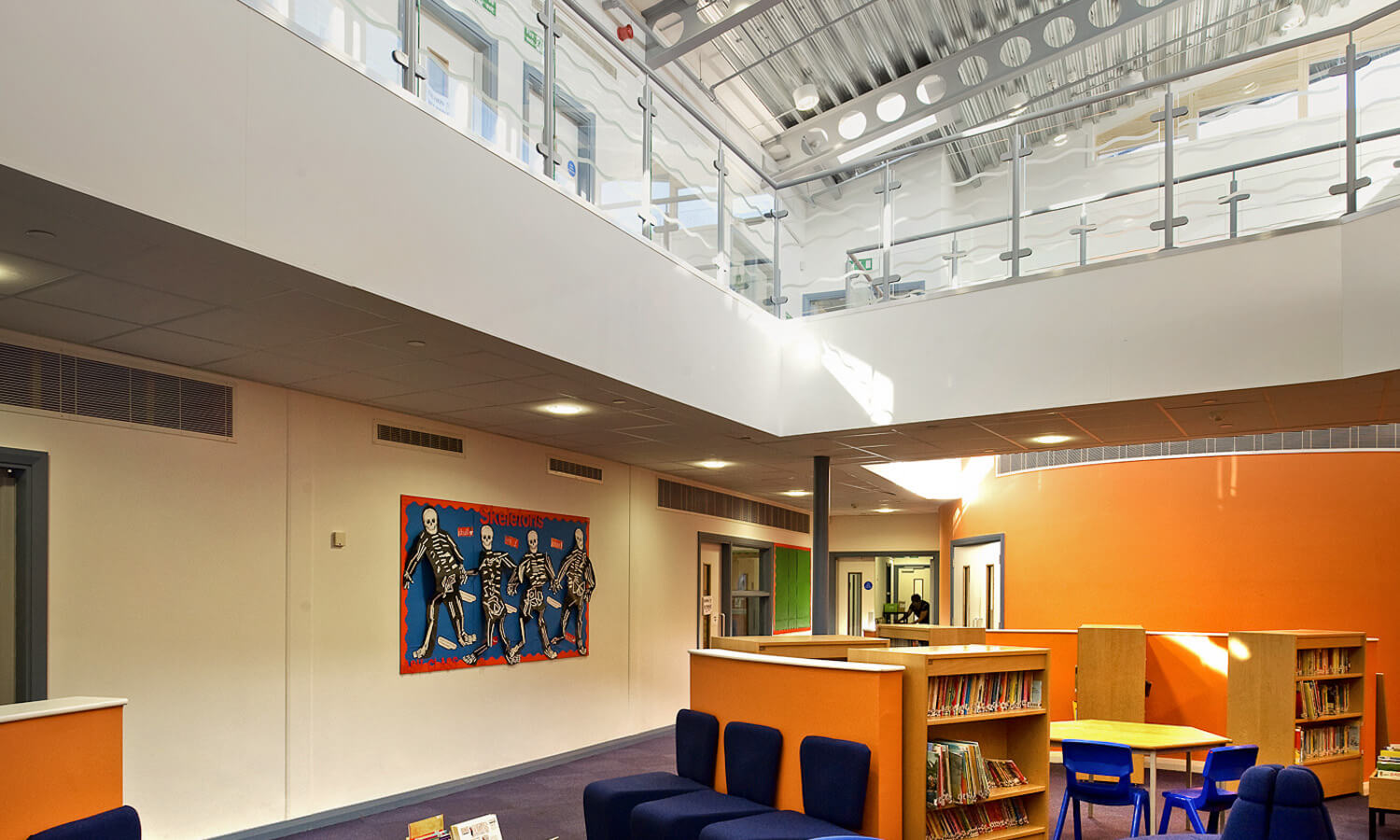 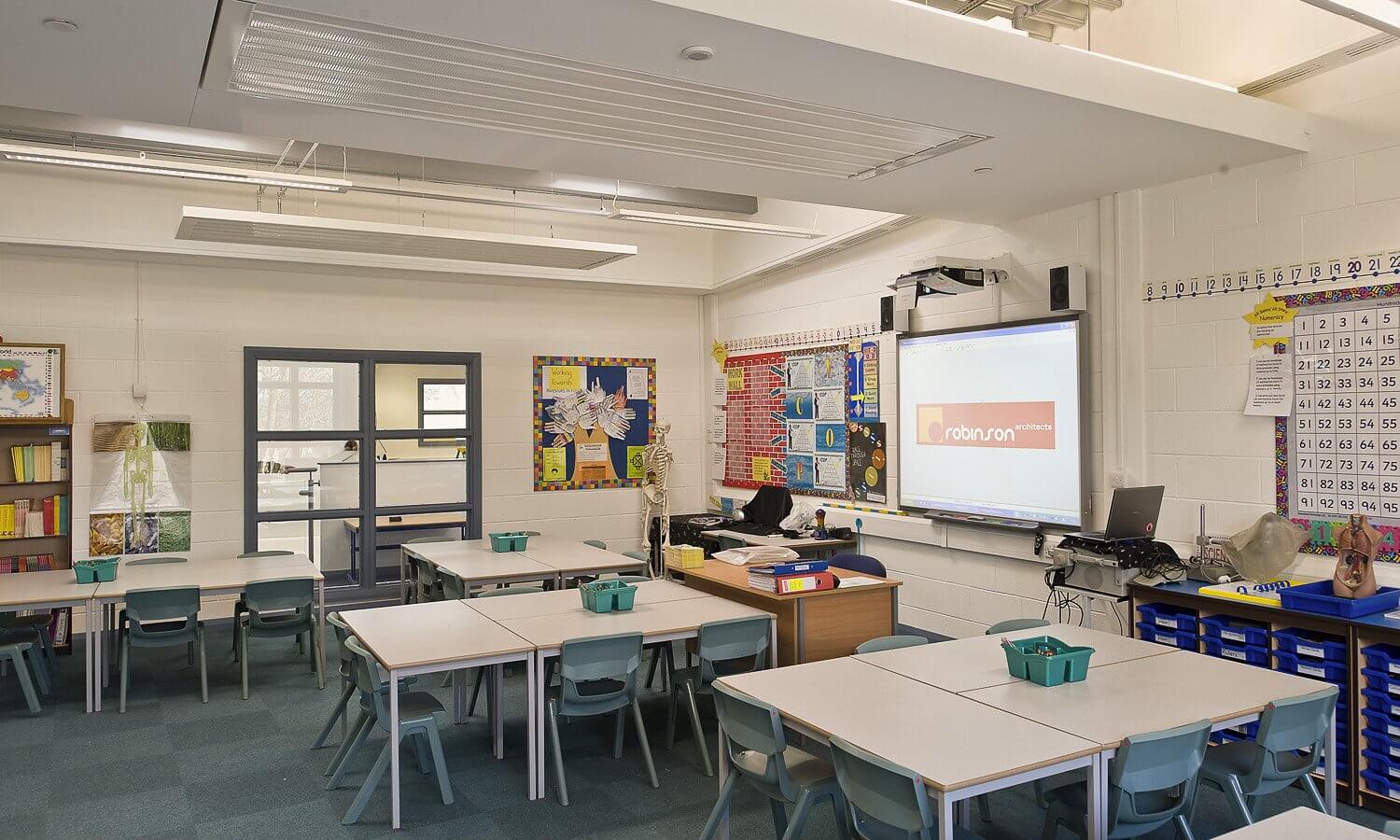