Extensive liaison was undertaken and a detailed hierarchical principle of conservation and repair was agreed with English Heritage, based on the site’s Conservation Management Plan.

The strategy ensured that the various elements that had deteriorated would be sound and capable of continuing to either fulfil their intended functions or to “tell a story” of lost aspects of the site. Extensive condition surveys were undertaken and a detailed schedule of work agreed with English Heritage to enable Scheduled Monument Consent to be secured.

Where possible, elements were repaired and conserved in-situ. This strategy was determined to prevent unnecessary damage during removal. It also ensured that the historic fabric of the building remained undisturbed where possible.

In addition to conservation and consolidation works, an area of new roof was introduced to Headstock 2 to protect the remaining pit top fabric exposed to the elements. The new roof used a palette of materials found elsewhere on site and followed the spirit of “pit engineering” that has seen the current site evolve from its original as built condition, through to the current position today. The ethos of “pit engineering” is particularly important, as the site today clearly demonstrates the evolution of a working colliery as technologies advance and methodologies change over time.

An advisory role was also undertaken to support the Contract Administrator whilst the works were on site. 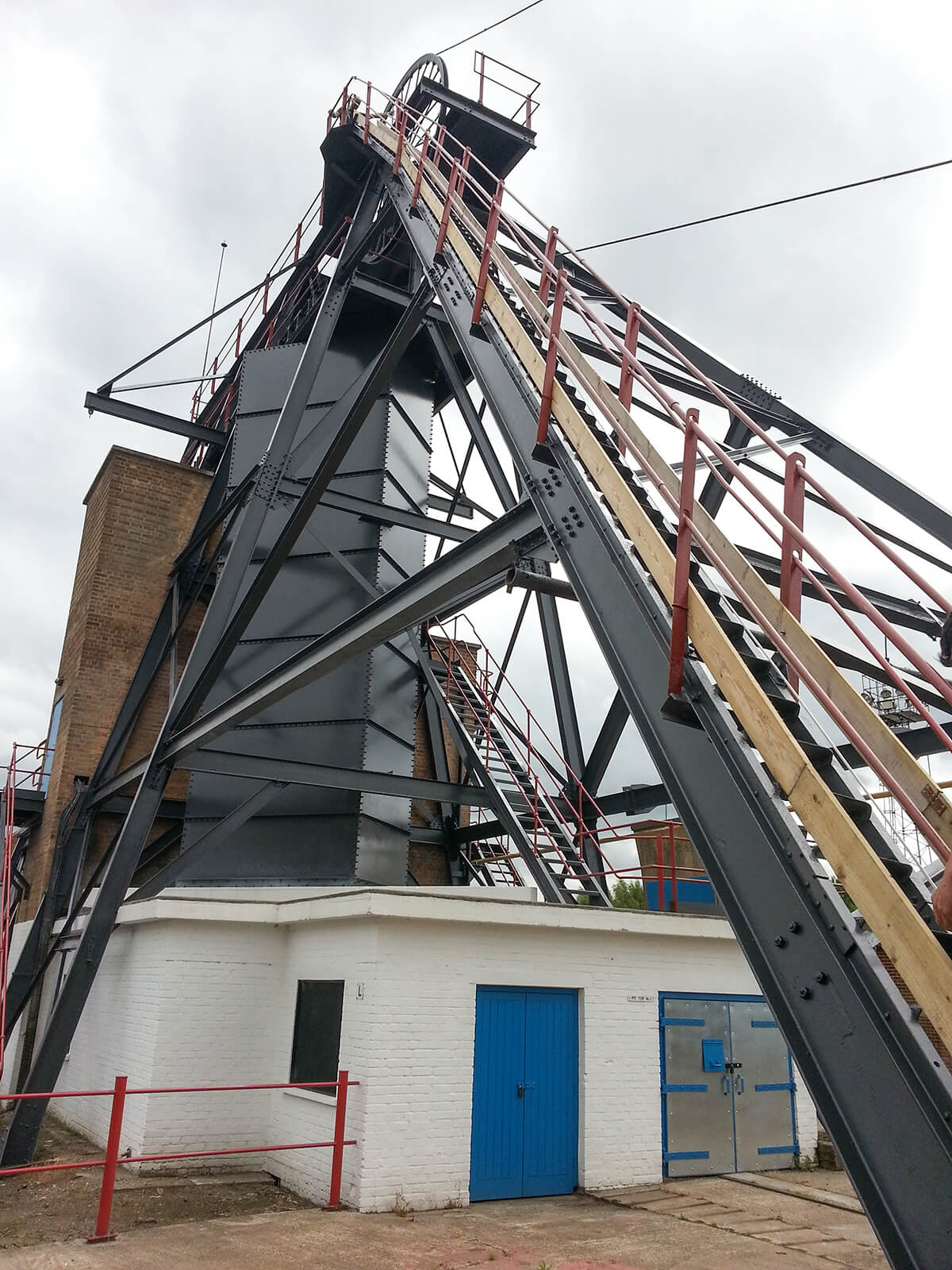 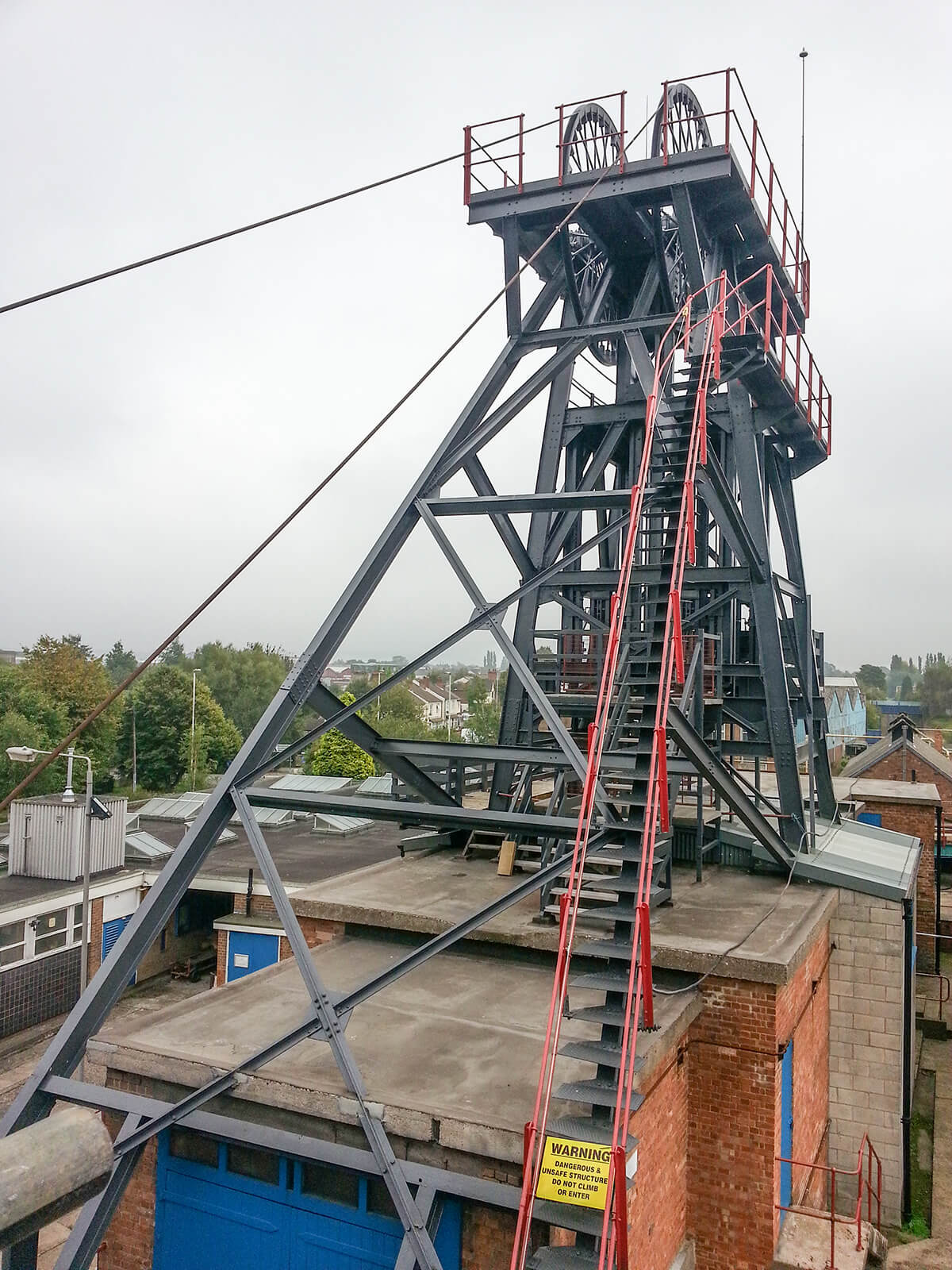